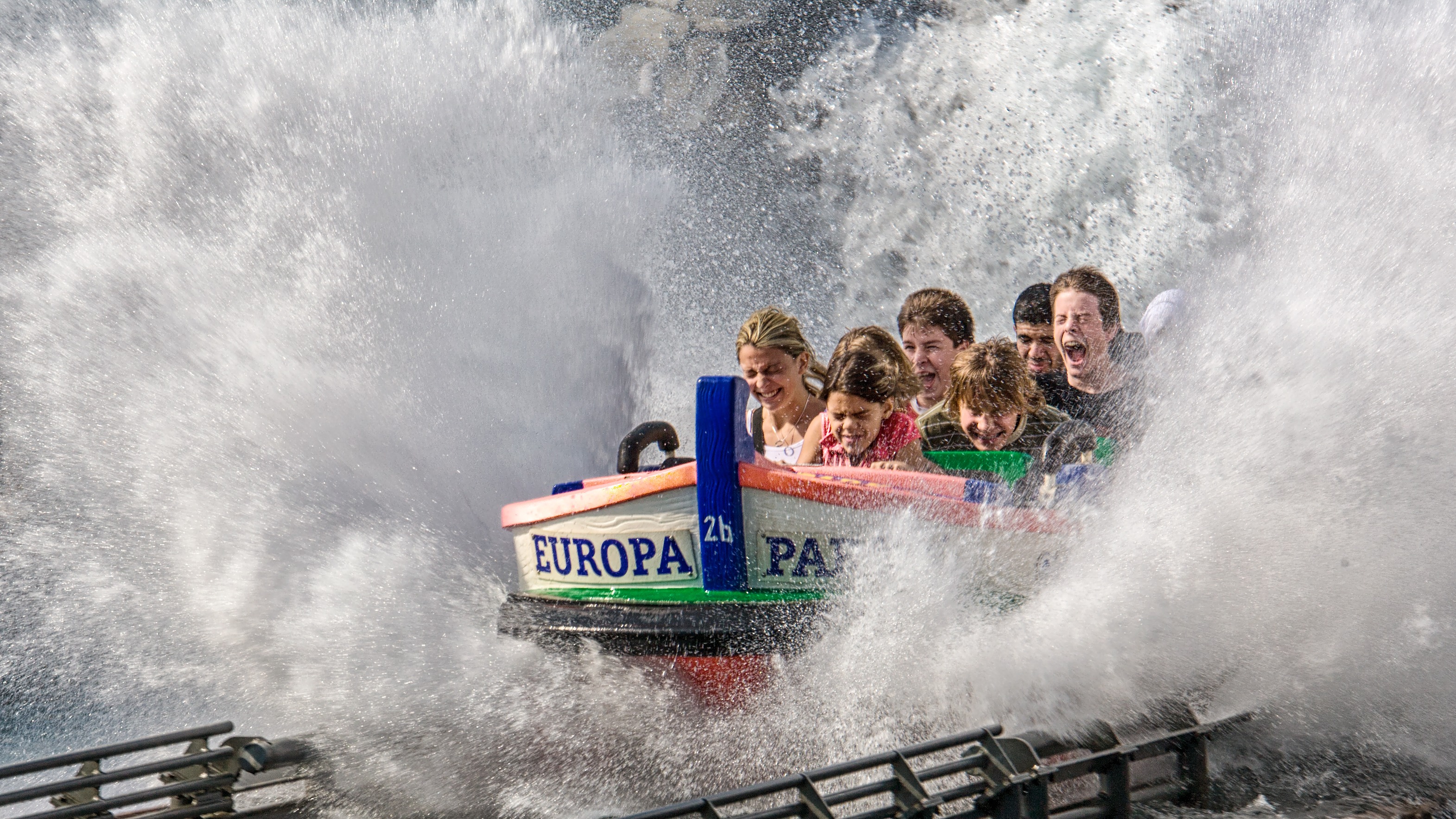 The days are growing shorter, and the final weeks of summer are upon us. So, before the school bell rings, Marinalife is wondering if you’ve checked off everything on your must-do list this season. If you’re looking for ways to wrap up summer, consider the following ideas for last-dash, fun activities.

- Learn how to do a back dive, canon ball or jump off the back of the boat into the water.  Rope swings are also an invigorating option.

- Have a tiki party on a boat and serve your guests tropical blender drinks. Bonus points for Hawaiian shirts and grilled pineapple or savory Polynesian snacks.

- Pick a dozen crabs on your boat or at a waterfront dock bar, along with all the classic fixins’ of corn on the cob, hushpuppies, coleslaw and a cold brew.  If crabs aren’t your preference, a lobster, clam or crawfish boil will do just fine.

- Ride down a giant slide, roller coaster or death-defying ride at a waterpark while letting out a mighty yell.

- Body surf in the Atlantic waves or build a sandcastle strong enough to withstand the tide.

- Explore a hidden cove or a dream destination that you’ve never visited before on your boat.

- Go fishing and catch something big enough for dinner.

- Get pulled on a raft or inflatable behind a boat or learn how to waterski.

- Catch lightening bugs in a jar to make a glowing lantern.  But be sure to poke holes in the lid and release them when the fun is done.

- Under the stars, go to an outdoor movie, music festival or seafood feast.

- Learn how to shuck an oyster, clean a fish or pick a crab, then invite friends over to taste dishes made from the fruits of your labor.

- Invent a nautical cocktail to commemorate the summer of 2022. 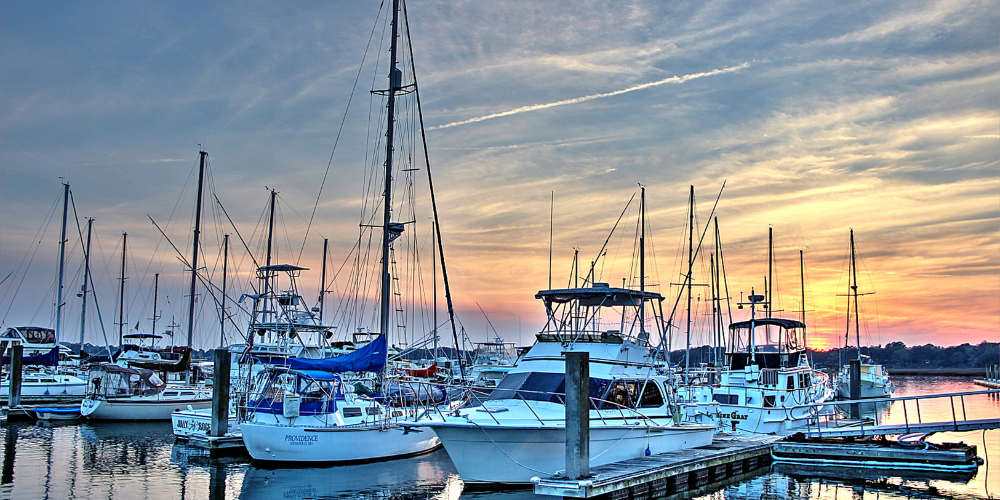 This or That: Beaufort VS. FERNANDINA BEACH

WHICH OF THESE RENOWNED SEAFOOD TOWNS WILL HOOK YOU?

Beaufort lies on an inlet leading south to the Atlantic and is considered part of North Carolina’s “Inner Banks” and the Crystal Coast. The Crystal Coast spans 85 miles of stunning coastline in southern North Carolina, including 56 miles of protected beach of the Cape Lookout National Seashore.

Located on historic Amelia Island, Fernandina Beach is the northernmost city on Florida’s Atlantic Coast. Visitors will find easy access to Jacksonville, the mouth of the St. Mary’s River, and coastal destinations in southern Georgia such as Cumberland Island.

Established in 1709, Beaufort was originally known as Fishtown, having been a fishing village and port of safety since the late 1600s. In addition to fishing, Beaufort was a hub for whaling, lumber, shipbuilding and farming. The earliest settlers made their mark by building Bahamian and West Indian-style homes, and the Plan of Beaufort Towne can still be seen in a 12-block historic district.

First settled in 1562, this town on historic Amelia Island went through many transformations under eight flags before it became what it is today. After the Civil War, Fernandina Beach became a bustling seaport and popular destination, called “The Queen of Summer Resorts” by many Northerners. Today’s visitors find themselves surrounded by the town’s lovely relics of the past — an historic district, Civil War port and the first cross-state railroad remain.

Beaufort has a thriving scene for anglers. Cast your line off a dock downtown, book a charter or head north to Cedar Island Wildlife Refuge to catch flounder, trout and redfish. Boat tours and private charters are a popular way to experience the stunning views and wildlife of the Crystal Coast. See porpoises, dolphins and wild horses on the beach. Better yet, book with Cruisin’ Tikis Beaufort to imbibe while you observe. Dock at Beaufort Docks.

Pier fishing is huge on Amelia Island, and anglers should head to the George Crady Bridge, which spans one mile of Nassau Sound. Snag a variety of fish in the area, including redfish, whiting, seatrout, tarpon and flounder. Boaters can start aquatic excursions in either the Atlantic Ocean to the east or Amelia River to the west. Go on a solo adventure, or join a tour or charter by boat, kayak or watersport with the likes of Amelia River Tours, Amelia Adventures & Kayak or Riptide Watersports. Dock at Fernandina Harbor Marina.

History buffs will feel right at home in Beaufort. Visit the Beaufort Historic Site to learn the town’s story through nine preserved historic homes in the middle of town. Three different maritime museums, including the North Carolina Maritime Museum, and the Bonehenge Whale Center offer marine merriment for the whole family. And for a taste of Crystal Coast wildlife, head over to the Rachel Carson Reserve where wild horses and countless birds, reptiles and aquatic mammals roam free.

Fernandina Beach is known for its easy living. Amelia Island Welcome Center is a great place to revisit Fernandina’s history and plan your day. Make your way to Centre Street on the water to browse eclectic shops and bustling art galleries, taste wild-caught shrimp at a bistro, or grab a pint at the Palace Saloon, Florida’s oldest tavern. If you’re in town on a Friday, you might stumble upon Sounds on Centre, a local concert series. 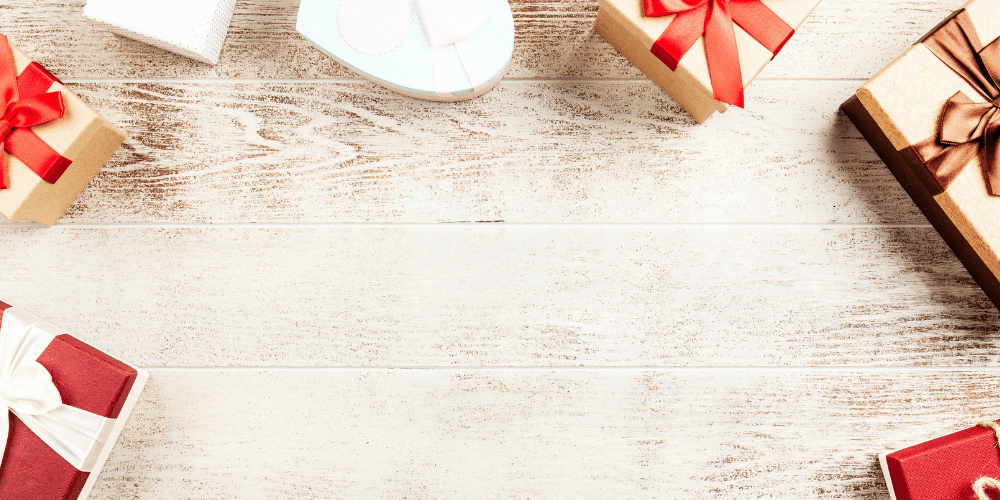 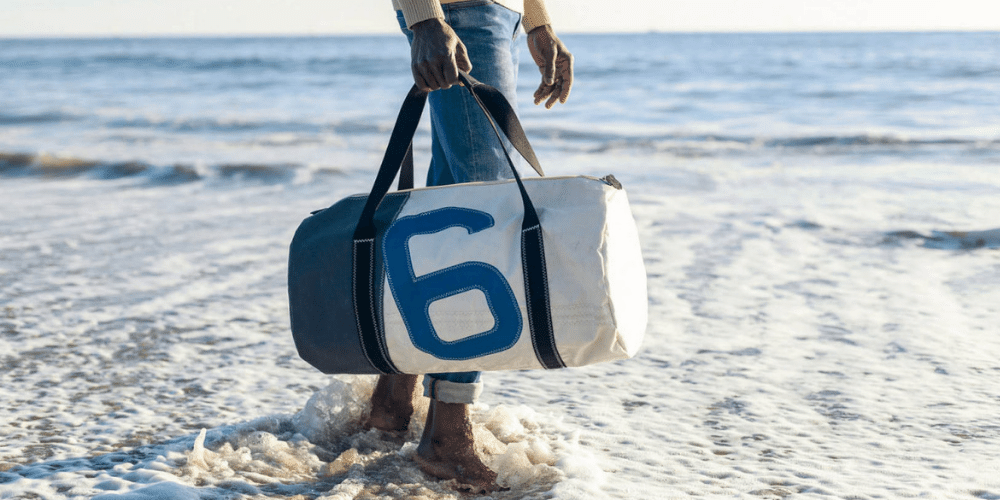 Add a personal touch to any boat or beach house with this marine-grade vinyl life ring. Decorate with letters, numbers and symbols to customize a creative design with your boat name, family name or nautical greeting. ($34.99+)

‍Insulated and made of of stainless steel, this lightweight, portable wine chiller is perfect for hot days by the water. Keep wine, champagne and water bottles as cool as North Pole snow for hours. The set includes a beautiful gift box, and some Vinglacé items offer custom engraving. ($89.95)
‍

Nautical Boat Name Sherpa Blanket
Zazzle
‍
Make a statement with this luxurious navy blue fleece blanket by personalizing it with a beloved boat name. Available in three sizes, it’s the perfect holiday treat for someone who wants to accentuate their ship or cuddle up on a chilly night. ($40 - $105.50) ‍

‍
Party Barge Cooler
RevoCoolers
‍
This floating barge cooler is sure to make your boat party the talk of the town (and sea). Fully stock condiment trays with fruit, mixers, beer, etc. and use the condensation-free compartment for ice that lasts all day. ($168.88) ‍

Golf Cart Float
Funboy
‍
This fabulous fringe-lined floating golf cart is a fun water toy for everyone on your holiday shopping list. Bring the golf course to the pool or lake and cruise around or lounge under the mesh sunshade in the comfy two-person seat. ($110)

This lightweight, comfortable pool float is easily portable with a convenient on-the-go carrying handle and two front tie-downs for docking. Kick back and relax with a holiday punch in the side cup holder. ($85)
‍‍

Onshore Travel Bag
727 Sailbags
‍
The Onshore weekender bag is large enough to pack several days worth of clothes, yet compact enough to take as a carry-on. Choose from a variety of neutral colors to match your swimsuit. ($290) ‍ 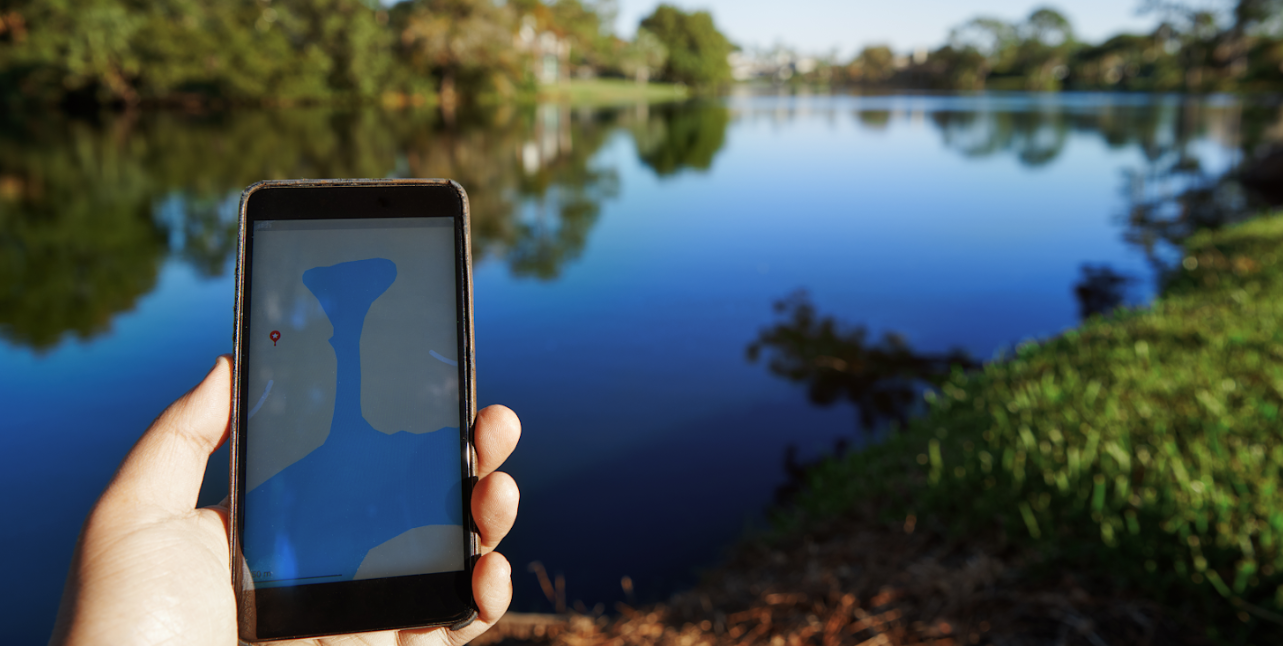 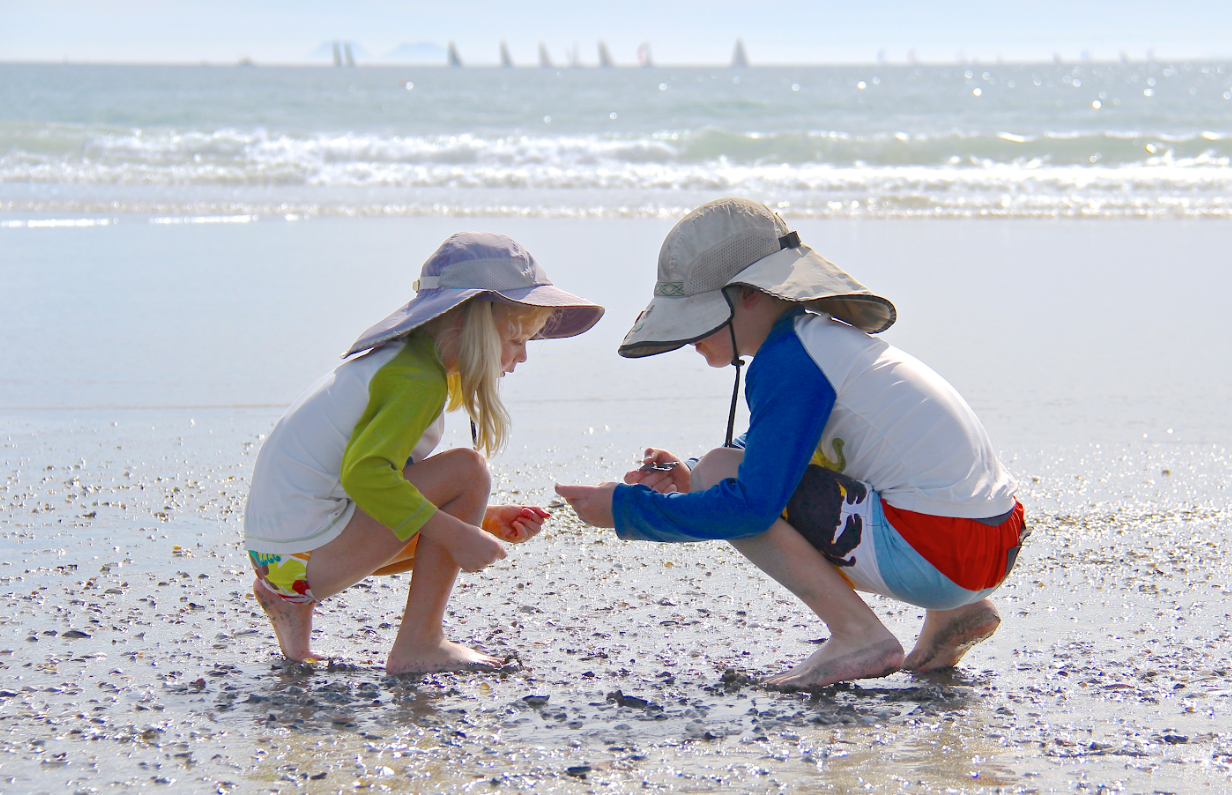 Nauti Shopper: Identify your new discoveries with these apps and guides

‍Available on Google Play and the Apple App Store‍
Take photos of your shoreline discoveries and this innovative app helps you figure out what they are and the sea creature that built it. Thanks to the Bailey-Matthews National Shell Museum in Sanibel, FL, beachcombers can now identify most common shells found across Florida beaches in seconds. ($1.99 download) shellmuseum.org

‍Available on Google Play and the Apple App Store

By Paul Humann and Ned Deloach

‍Whether you’re a southern angler or marine wildlife documenter, you’ll love combing through 1,000 photographs of more than 683 species in this book. Designed as a reference guide, this new 4th edition identifies fish and aquatic creatures throughout the waterways of Florida, the Caribbean and Bahamas. ($44.95) reef.org/products/reef-fish-identification-florida-caribbean-and-bahamas-4th-edition

This guide has been a leading birdlife guidebook for decades. Vibrant photos, detailed descriptions and range maps illustrate a lively key for bird-watching excursions. The book is compact, easily portable and studies most species in North America. (Prices vary)
kaufmanfieldguides.com/birds.html

THE TRACKER’S HANDBOOK: HOW TO IDENTIFY AND TRAIL ANY ANIMAL

Whether you’re hunting for dinner, hiking or being an avid nature lover, this guide makes animal tracking easy. Discover North American species such as the American Elk and Whitetail Deer. Identify footprints, habitats and range. This book isn’t just for hunters; it’s for explorers of all kinds. ($34.56)

‍Available on Google Play and the Apple App Store

Point a smartphone to the sky and suddenly you appear in your own planetarium with this stargazing app. Sky Guide locates your position and follows the stars in real time while superimposing constellations and figures interactively. Find planets in rotation, discover where Pisces is currently rising or catch the next meteor shower.($1.99 download) apps.apple.com/us/app/sky-guide/id576588894

‍National Geographic Kids‍
Children will become overnight marine biologists with this fun learning series. Young readers can spot sea otters, manatees, turtles and much more. Teach your kids about aquatic habitats with photography and unique fun facts on each species. ($17.99)