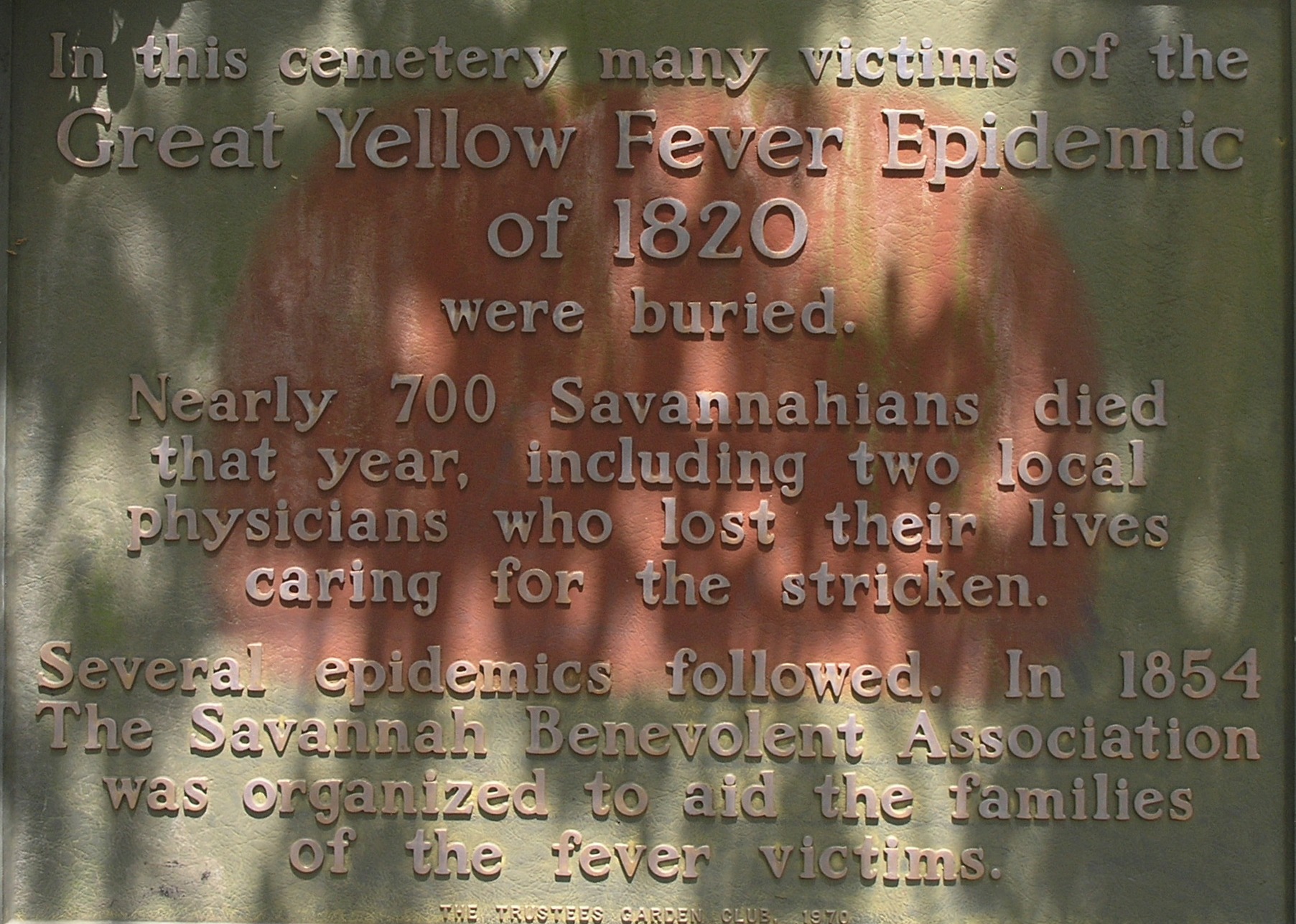 Celebrate the legends of fall & relish the spooky side of Autumn

The shift from summer heat to cooler autumn temperatures can trigger images of little Halloween goblins waiting impatiently for dusk, dashing into costumes and hauling plastic pumpkins loaded with candy. The rustle of fallen leaves is drowned out by the laughter of trick-or-treaters hoping for a ghoulish encounter as they traipse around their neighborhood.

It's the time of year when we celebrate the legends of fall and relish the spooky side of the season. As you cruise south toward warm climates, take time to investigate the trail of paranormal activity at ports below the Mason Dixon Line. To chart a ghostly course, follow our journey from North Carolina's Outer Banks to New Orleans for a frightful fall adventure of cruising the haunted south.

Shipwrecked Spirits on the Outer Banks

Start your journey down the haunted south at the 200-mile stretch of barrier islands that begins in southeastern Virginia and concludes off the coast of North Carolina. It has some of the most beautiful beaches in the world! But amidst this spectacular scenery, the Outer Banks claims a sordid history of pirates, shipwrecks and lost colonies that spark legends of ghoulish activity up and down the coast.

A good starting point is Corolla's Whalehead Museum, a fabulous restored mansion built in the 1920s by the Knight family of Philadelphia who lasted less than a decade in their grand new home. On a visit in 1933, the family left suddenly after three weeks and never returned. Rumors say they were scared away by spirits who wander about the Whalehead.

Evidently the house is still haunted, and ghosts who scared the Knights stubbornly remain.In the summer of 2009, Coastal Paranormal Investigations tried to stay at the Whalehead to see if the rumors were true. They encountered a ghostly girl in the basement, and the elevator went downstairs with no one at the controls. The investigators left without spending the night.

For another spine-tingling adventure, continue navigating south toward Roanoke Island. Sudden violent storms, caused by cold water flowing down the coast from the north and colliding with the warm Gulf Stream, are a menace to ships sailing near Cape Hatteras. Aptly called The Graveyard of the Atlantic, more than 1,000 shipwrecks have been recorded since they started writing them down. Legend has it that lost souls roam the island, still searching for a way to get home.

One of the great American mysteries is what became of the 117 English men, women and children who came with Sir Walter Raleigh in 1585 to establish the first permanent English colony in the New World. Three years later when English ships returned to Roanoke Island with supplies, the colony had vanished. No trace of its residents was ever found.

The Lure of Charleston's Lost Settlers

Walking down a well-lit street filled with the vibrant people of Charleston reminds many visitors of the scene in the movie Gone with the Wind when Rhett Butler told Scarlett O'Hara how he made his fortune in Charleston profiteering from the Civil War. The mansions of what a real-life Rhett could have lived in are carefully preserved in a city that welcomes over four million tourists annually many hoping to meet an ancient spirit or two.

Charleston has a long and complicated back-story in the haunted south. In the spring of 1670, 150 English colonists, indentured servants and slaves sailed into Charleston's harbor to establish an aristocratic enclave reminiscent of London. But the settlers were plagued by death and disease, and many died leaving their ghosts to linger behind without a final resting place.

Charleston's tour guides regal guests with tales of Revolutionary and Civil War soldiers and other ghosts that haunt the city. Many guides like to kick off their outings at what the locals call Dueler's Alley, a secluded one-block stretch where Alexander Hamilton, then U.S. Secretary of the Treasury, was mortally wounded by Vice President Aaron Burr. Some report seeing Hamilton's ghost pacing the alley and hoping to even the score with his eternal foe.

What Lingers in Savannah

James Oglethorpe and the 120 passengers of the good ship Anne arrived in the New World in 1733 from England to start a colony where debtors and other prisoners could live freely and build a settlement. Named after the British King George II who signed its original charter, Georgia became the 13th and final American colony. Savannah was its first city.

Southern live oaks coated in Spanish moss droop eerily over the historic district's Regency homes. Tall, narrow windows, circular balconies and iconic columns guarding the entryways embody the perfection of southern charm. Walking around the historic district, guests find reminders that even though Union General William Tecumseh Sherman burned Atlanta to the ground during the Civil War, he decided Savannah was too beautiful to destroy. He sent a telegram to Abraham Lincoln offering up the city as a Christmas gift.

This gorgeous town, often referred to as The Most Haunted City in America, does not disappoint when it comes to spirit adventures. One particularly scary tour locks 10 people in a room until they solve the mystery of Miss Charlotte Anne's death. And in case you don't believe Savannah's claim to fame, tour companies emphasize it by putting passengers in a haunted hearse and haunted trolley for tours. A local favorite is the Haunted Pub Tour, which is a bar crawl replete with creepy stories that require quite a few libations.

Many excursions go by the Marshall House Hotel where guests have reportedly seen ghosts in the hallways, heard nonexistent children running down the halls and witnessed faucets turn on by themselves. Visitors at the 17Hundred90 Inn have spotted Anna, a famous girl ghost who haunts the upstairs guest rooms waiting for her lost love to return.

Searching for Lost Souls in the French Quarter

Founded in 1718 by Jean-Baptiste Le Moyne de Bienville, The French Quarter in New Orleans (also known as the Vieux Carré) of the haunted south is filled with lore about ghosts, vampires, witches, voodoo and other forms of dark arts.Most noteworthy is the story of Marie Laveau, whom the locals call the Voodoo Queen. This black priestess of rare beauty and the matriarch of the LaLaurie Mansion on Royal Street practiced voodoo that blended together West African religions brought over by slaves, the Christianity they adopted, and the traditions of indigenous people.

Laveau was in constant contact with Haitian and Louisiana voodoo loas, or creatures who are said to speak all human languages and link the darkness of the spirit world with our own. Laveau staged ceremonies in Congo Square, took people from the crowd who were possessed by loas, then cured them before a gawking 18th century crowd. She was buried in St. Louis Cemetery, considered one of America's most haunted resting places. People bearing gifts inreturn for a voodoo request visit her tomb often.

Another story of the occult comes from an unnerving 19th century residence at 716 Dauphine Street. Leased by a wealthy bank merchant to a Sultan during the Civil War, his entourage disembarked with a parade of women dressed in the finest colored silk and eunuchs in dark military clothing, followed by the Sultan and his brother. One stormy night less than a year later, a passerby saw blood gushing down the front stairs. When the police opened the door, everyone inside was dead and the Sultan had been buried alive. No one knows what really happened, but some say it's just a story told for generations with little truth to it. Others are not so sure.

What is real and what is not in the Haunted South? You'll just have to go see for yourself.