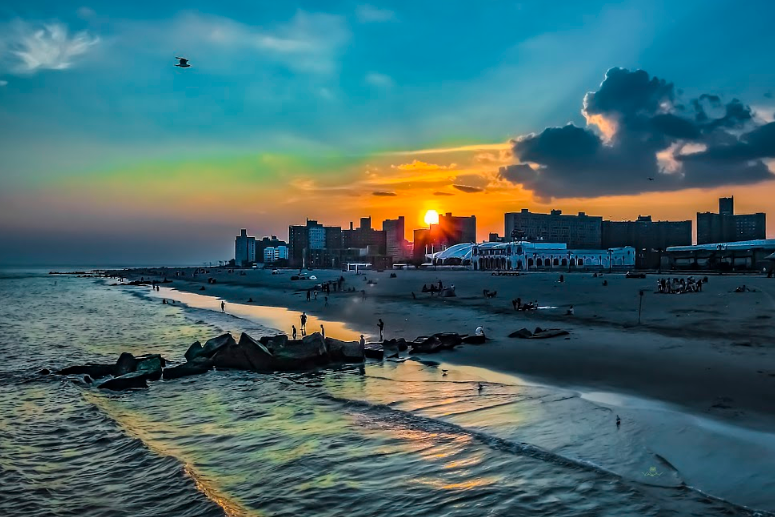 A good soundtrack is a staple of the boating life. With everyone from Elton John and KISS to the neighborhood Jimmy Buffett tribute band gearing up to play, now is the time to purchase your tickets and plan a cruise to one of these 14 venues, big and small, where music for every taste takes center stage.Blue Hills Bank Pavilion: Boston, MAHarbor-side with skyline views, this 5,000-seat outdoor amphitheater is one of the largest summer concert spots in Beantown. Ticket holders can bask in the cool waterfront breezes while enjoying a top-of-the-line sound and light system, covered seating and many concessions stands. The venue sits next to the Boston Harborwalk, allowing visitors to stroll along 43 miles of pathway connected to more than 40 parks and dozens of beaches, museums and restaurants. Hot tickets at Blue Hills Bank Pavilion this summer include Weird Al Yankovic and Mark Knopfler of Dire Straits.Where to Dock: Boston Yacht Haven and Constitution Marina

Great Plaza at Penn's Landing: Philadelphia, PAThe tiered urban park known as Penn's Landing is a hub of family-friendly activity throughout the year, and the Great Plaza is a large part of the action. This open-air facility can hold up to 8,000 people and provides panoramic views of the downtown skyline, Delaware River and Benjamin Franklin Bridge. Events here are general admission, whether for outdoor concerts, festivals or private occasions. The Great Plaza has roller skating, mini-golf, games, rides and concessions nearby and is two blocks from Spruce Street Harbor Park and Race Street Pier.Where to Dock: Piers at Penn's Landing and Philadelphia Marine CenterFord Amphitheater at Coney Island Boardwalk: Brooklyn, NYThis 5,000-seat venue, opened in 2016, is the first of its kind in the Tri-State area: both open-air and covered. Its terrace-level concessions area and a rooftop cafe offer casual American dining, and adjacent Kitchen 21 is a beautifully renovated boardwalk-style restaurant. Speaking of the famous boardwalk, it's right next door home to the world's first roller coaster, Nathan's Hot Dogs and access to miles of Atlantic shore beach. At Ford Amphitheater this summer, expect a mix of concerts, comedy and multicultural events.Where to Dock: Marine Basin Marina

MECU Pavilion: Baltimore, MDThe big news at this 4,000-capacity outdoor amphitheater is a name change and multimillion-dollar renovation. MECU Pavilion, formerly known as Pier Six Pavilion, has added fixed seats with cupholders and a new fiberglass roof with an acoustic liner for better sound quality. The venue is located in the middle of Baltimore's Inner Harbor, one of the town's top attractions, featuring museums restaurants and more. Coming attractions this summer include 3 Doors Down, Collective Soul, Anthony Hamilton and En Vogue.Where to Dock: Harbor East Marina and Oasis Marinas at Inner HarborHuntington Bank Pavilion at Northerly Island: Chicago, ILJutting into Lake Michigan from the heart of the Museum Campus in Chicago, Northerly Island is a 120-acre peninsula devoted mostly to nature, with beautiful strolling paths, play areas and a unique view of the Windy City. Huntington Bank Pavilion at the north end of the island is a seasonal (temporary) structure capable of hosting 30,000 people and attracting the biggest acts around, including Jon Bellion and The Avett Brothers in 2019. A recent expansion included an upgraded stage, state-of-the-art sound and lights, and more grassy space throughout the venue.Where to Dock: Burnham Harbor

The Anthem: Washington, DCDistrict Wharf is a vibrant, mile-long stretch along the Potomac River that comes to life with restaurants, retailers, residences and marinas all with monumental views. Right in the middle of it is The Anthem, a 6,000-seat venue that hosts mega concerts, famous lecturers and everything in between. Kenny Chesney will be here this summer, as will Snow Patrol, Judas Priest and David Gray. (How's that for variety?) All three levels of the facility have food and drinks. We recommend the Old Bay Crab Mac & Cheese and Dogfish Head SeaQuench Ale.Where to Dock: The Wharf Marina and The Yards Marina

Back Bay Amphitheater of the Hyatt Regency: Newport Beach, CA

With just 1,000 seats and picturesque Back Bay as a backdrop, this intimate venue at the Hyatt Regency Newport Beach allows fans to get up-close and personal with their favorite musicians. Sell-out acts have included Chaka Khan, LeAnn Rimes and Peter Cetera of Chicago fame. The Hyatt's waterside location sits in the heart of Newport's top shopping, dining and entertainment district, just minutes from world-class attractions such as Fashion Island, Balboa Island and Disneyland.Where to Dock: Balboa Yacht Basin

Klipsch Amphitheater at Bayfront Park: Miami, FLYou might find it hard to concentrate on the stage with the spectacular backdrop. Klipsch Amphitheater at Bayfront Park is a 7,500-seat venue on the shore of Biscayne Bay, set amid 320 acres of beautifully landscaped green space bordering downtown Miami. The open-air facility offers fixed seats as well as general admission, from which you can watch bands like Greta Van Fleet and Rufus Du Sol perform this summer. For an authentic taste of your surroundings, grab a bite at one of the eclectic food stands set up on the hilly lawn around the pavilion.Where to Dock: Miami Beach Marina and Miamarina at Bayside

Prefer casual community events to big-name concerts? Try these three stages during your travels.WATERFRONT PARK: Burlington, VTWaterfront Park is located west of downtown Burlington along Lake Champlain, with 900 feet of shoreline, a boardwalk and bike path access. It's home to music and food festivals throughout the year, including the Discover Jazz Festival every June, and also features a two-lane boat launch and community boathouse. The ECHO Museum, Lake Champlain Sailing Center, dining and shopping are all nearby.Where to Dock: Burlington Community BoathouseTHE LANDING AT THE BOATHOUSE: Myrtle Beach, SCBilled as the best backyard in town, the big lawn and waterway stage behind The Boathouse restaurant in Myrtle Beach hosts a Sunday concert series that draws artists from as far away as Nashville. The shows are free and take place rain or shine bring your blanket or beach chair and enjoy the show while dining on classic American fare.Where to Dock: Barefoot MarinaRIVERWALK STAGE: Stuart, FLEvery Sunday in Stuart, the open-air Riverwalk Stage on the St. Lucie River is home to a free Rock'n Riverwalk show, featuring live music from local performers as well as food and specialty vendors. Drop in during a leisurely tour of historic downtown or ride the free Sailfish Shuttle from Osceola, Sailfish or Kiwanis Park.Where to Dock: Hutchinson Island Marriott Beach Resort & Marina